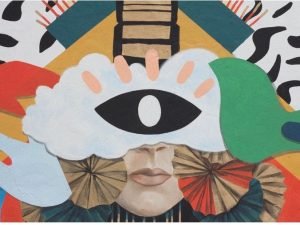 I am a white, “well-educated,” retired professional woman who enjoys many privileges. I learned woefully little in my all-white public school system about discrimination, racism and the histories and cultures of non- white peoples. I came regrettably late to learning about structural racism. I want all children to feel comfortable in Wellesley and to have the advantage of learning truths, not myths. I am voting YES on Question 1 to establish Indigenous Peoples Day and no longer observe Columbus Day on the second Monday of October. Celebrating Indigenous Peoples Day is a positive action to advance the truth.

Question 1 changes the status quo in Wellesley. Change is often mislabeled as divisive and can involve acknowledging uncomfortable truths. Why not see this change as an opportunity for us to unite behind shared values such as calling out structural racism, promoting equity, and honoring the wisdom of Indigenous Peoples?

Indigenous peoples have been advocating for official recognition for years. In 1977, the UN Geneva Conference resolved to observe October 12 as an International Day of Solidarity with the Indigenous Peoples of the Americas. Indigenous Peoples Day is already celebrated in 14 states and 14 Massachusetts communities. Beyond its crucial recognition that Indigenous Peoples are still here, this day is a part of a current national reckoning with America’s racist foundations and the enduring fact that American society continues to be racially unjust. White people benefited from and America flourished because of the colonial practices of slavery and genocide against Indigenous Peoples. We are complicit unless we acknowledge these facts.

Myths that dehumanize and justify the immoral treatment of Black, Indigenous, Latinx, Asian American, and other communities of color and glorify white supremacy continue to exist. I believe that they must be actively challenged.
In the case of Indigenous Peoples, one prominent myth is that Columbus discovered America. This myth was created for political purposes and omits inconvenient truths. The truth is that Indigenous Peoples with complex cultures lived sustainably in the Americas long before Columbus arrived in the Caribbean. Columbus himself committed atrocities, which he described in his own journals. Eminent historians like Roxanne Dunbar- Ortiz and Vine Deloria Jr. have chronicled how white European explorers, colonizers, and settlers stole Indigenous land, enslaved and exploited Indigenous people, and committed genocide against them over the centuries. Indigenous people resisted and survived.
In the fifteenth century white Europeans believed the myth that non- Europeans are less than human. This belief justified the invasion and claiming of lands beyond Europe as theirs. It justified violence and enslavement in order to establish white power and wealth. It is the foundation of racism that continues to exist in America today – in our culture, social structures, and institutions. U.S. laws and policies have created structures which insure that people of color experience discrimination in our legal and electoral system, employment, housing, education, and health care. Structural racism limits the ability of many people of color to thrive.

I often feel overwhelmed by the level of racism in America, and most recently by the pandemic’s disproportionate impact on people of color, especially Indigenous Peoples, as well as the murders of George Floyd, Breonna Taylor and many others. Many white people wonder what to do. I have listened to Dr. Ibram X. Kendi’s exhortations for anti-racist action. Voting for Question 1 is one way to be anti-racist. Voting YES acknowledges that Columbus Day is based on a false version of history that ignores the genocide, cultural erasure and harmful stereotyping of Indigenous Peoples while celebrating colonization, westward expansion and white exceptionalism. This is offensive to Indigenous Peoples and to all of us who abhor racism; it is why we do not want to celebrate Columbus Day.

All people of color and many immigrants have suffered from discrimination. When Italians came to America as immigrants they suffered from discrimination and lynching. Establishing Columbus Day in 1934 was a political response to lobbying by Italians at a time when the truth about Columbus’ legacy was less well understood. Now we know better and must act. It is time for us to listen to the voices of Indigenous Peoples. We

These Truths – Why I’m Voting YES on Question 1

An Italian American’s Perspective for YES on Question 1

We as people who reside, work, and engage in Wellesley acknowledge this town is located on the traditional territory of the Massachusett People.