Honoring Indigenous People’s Day in Wellesley is not a solution to the pain we have caused, but it is a start. 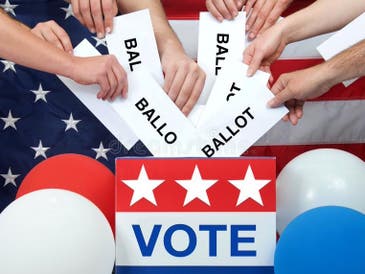 As a student at Wellesley Middle School, I first learned about the Native American boarding school movement and the Trail of Tears, methods used by the United States government within the past 200 years to oppress and displace the people indigenous to this land. Then, as a student at Wellesley High School, I studied the arrival of Christopher Columbus in the Americas. I vividly remember when my ninth grade history class studied Columbus’s cruel treatment of the Taíno people; learning about the Columbian exchange, we could not separate it from the ugly history that made it possible. Even during his lifetime, Columbus was criticized for his brutality—and it was this brutality that caused the deaths of millions of Indigenous people.

The information I studied in other classes was no different. Although our country spent years celebrating Christopher Columbus, the image we created of him was wrong, a lie used to deny our colonial past. Now, as a student of Italian history and literature at Yale University, I have found that my understanding of Columbus has grown. When studying fifteenth and sixteenth century Italian history, I learned about the effects of Columbus’s arrival in America: the plundering of America’s resources, the attempted elimination of Indigenous culture, and the proselytizing and enslavement of Indigenous peoples. My Italian textbooks, when describing fifteenth century Italian achievement, also acknowledged Columbus’s wrongdoings. Describing an economia di rapina, or an economy of robbery, they explain the struggles faced by Indigenous people as a direct result of Columbus’s arrival.

Before Christopher Columbus’s arrival, it is estimated that as many as one million Taíno people lived in Hispaniola. By 1514, less than twenty-five years after Columbus’s first appearance in the Americas, only 32,000 Taíno people remained. In Hispaniola and across the Greater Antilles, millions of Native people died due to massacre, disease, and enslavement. Eventually, no Arawak speaking tribe remained. These facts are supported by Spanish records from the time. They are not controversial, nor is the history of this country’s mistreatment of Indigenous people, yet ridding of Columbus Day is. Because of my own education in Wellesley Public Schools and beyond, I believe it is necessary that we formally change Christopher Columbus Day to Indigenous People’s Day. How can we teach our students about Columbus’s acts of annihilation while we continue to celebrate him? What does our celebration of Columbus say to the young people and the students of our town? What does it say to the people indigenous to this land who have suffered for centuries because of Columbus’s actions?

The fact that Wellesley Public Schools is teaching a more up to date history of Columbus’s arrival different from the mistruths we once believed does not mean this history is inaccurate–disagreement with fact does not make it any less true. Wellesley Public Schools’ curriculum also does not mean that our understanding of the people native to this land is complete. Indigenous culture exists beyond the history that is taught in our schools. By joining more than a hundred towns, cities, and states in celebrating Indigenous People’s Day, we have the ability to learn more deeply about the traditions of Indigenous people. Not only will we acknowledge our history with a townwide celebration of Indigenous People’s Day, but we will enrich and validate the information students study in our schools.

On a societal level, our understanding of Christopher Columbus has changed. We, as a town, need to use our votes to reflect that change. I am grateful for the education I have received in Wellesley, and want to see the values and history I have been taught here reflected in our town. If we truly are to be united against racism and loyal to our commitment to multiculturalism, we need to celebrate our Indigenous communities. Honoring Indigenous People’s Day in Wellesley, by voting yes on question one, is a way to turn our knowledge into action and to begin to address the pain our country has caused.

These Truths – Why I’m Voting YES on Question 1

An Italian American’s Perspective for YES on Question 1

We as people who reside, work, and engage in Wellesley acknowledge this town is located on the traditional territory of the Massachusett and Nipmuc Tribes. Learn more about Native Land.